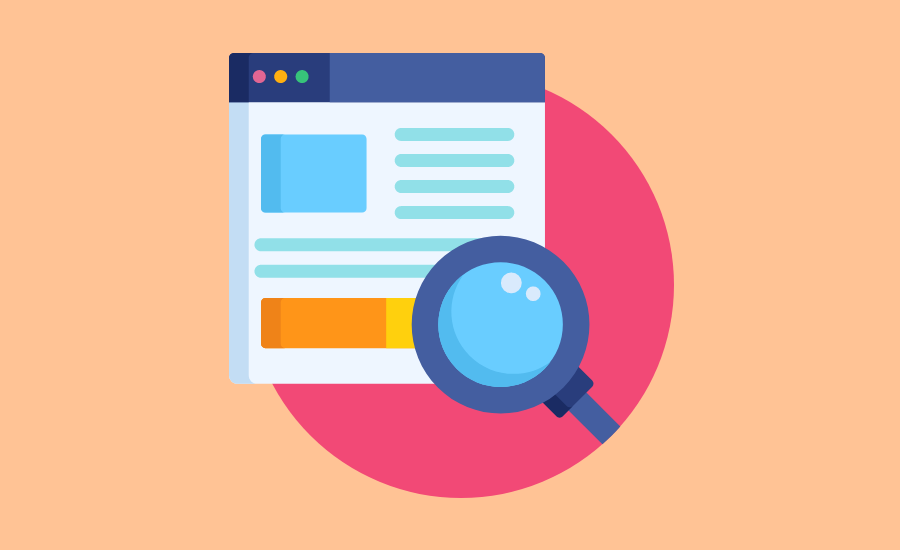 How a single web page can rank for over 4,000 keywords

Customers often have very strong ideas about the keywords they want their website to rank well for. That’s a great starting point for us; it gives us a robust basis for keyword research at the start of a digital marketing project, but there’s a very good reason why we advise people not to get too obsessive about a small clutch of generic phrases.

What if those few popular keywords are just the tip of the iceberg? What if a single page on your website could rank well and capture traffic from hundreds or even thousands of relevant keywords?

Not only is this entirely possible, our study shows that it’s actually a very realistic goal. We’ll explain how counter-productive it is to get too hung up on one keyword and why long-tail keywords are so crucial to marketing your business.

Our data ranged over a 90-day period and came from Google Search Console (Search Analytics) for projects that we’re actively working on.

We chose two separate projects as the basis for this study. The first is 4 Young Drivers, an independent car insurance broker specialising in higher risk drivers. The second is Radio Trader, an ecommerce business selling a range of two way radios. We’ve worked with both customers for several years.

4 Young Drivers has identified the keyword “new driver insurance” as being important to them. A page on their website has been optimised to target this competitive phrase and at the time of writing, that page was ranking at an average position 7 for that specific keyword over our date range.

There is no argument that this keyword is driving targeted traffic. In fact, that one phrase drove 952 clicks over that period, which sounds pretty good until you realise that this was only a tiny part of the story. Our data showed something remarkable: the phrase “new driver insurance” was only responsible for 7% of all the clicks to that page. 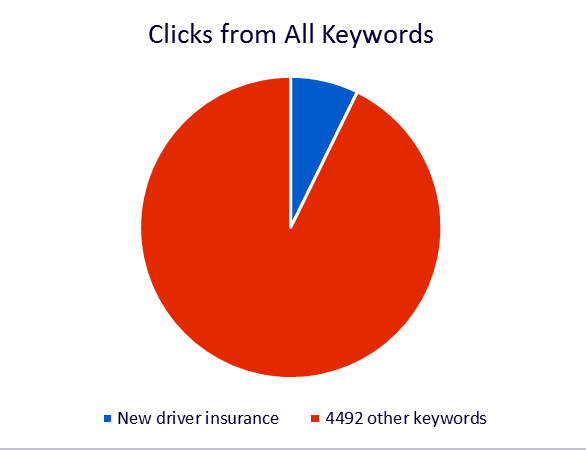 In the interests of a fair analysis we have to point out that not all those keywords were positioned on page one, and that beyond page three of search results, the relevance of the search query to our targeted audience sometimes got weaker.

So what happens when we limited the data to page one results?

If we restricted our analysis to keywords that appeared in the top 10 search results, there is no doubt that we were targeting traffic from almost entirely relevant search queries. But even then, the phrase "new driver insurance" drove just 4% of all clicks. 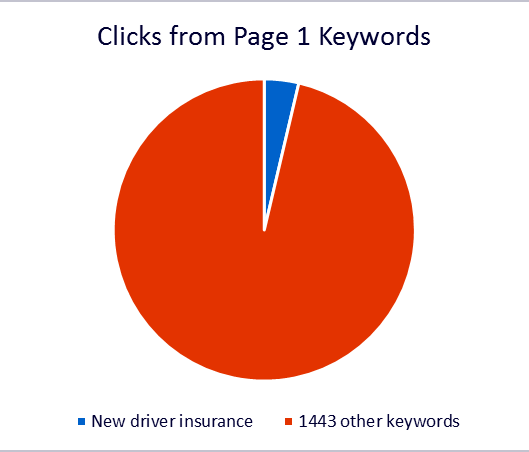 Here are a few examples of highly targeted traffic generated from those long-tail, page one ranking keywords :

Radio Trader sells hundreds of products, each of which is optimised for maximum visibility in search results, but for this analysis we took the keyword licence free radio, which covers a whole category of products that is important for the business to rank for.

As in the previous example, a specific page on the company’s website is optimised for this phrase and over the 90-day period in question, that page consistently ranked number one in search results for that phrase.  Again, however, this one keyword brought a tiny slice of the action in terms of clicks – just 6%.

If you include three other very close variants of the phrase, i.e. the plural "radios" and the variant spelling "license", that figure goes up to a respectable 29%.

But the bottom line is that 71% of all traffic to that page came from 258 other keywords. 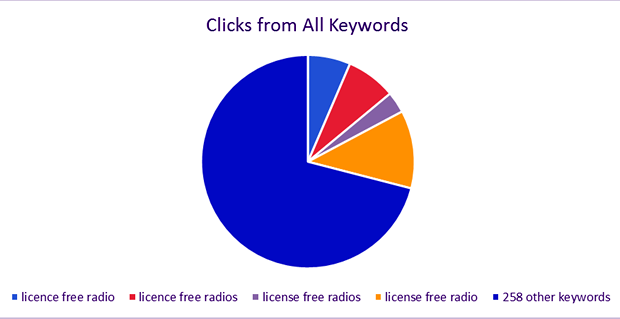 As with our other case study, the lower down the rankings these search results appeared, the weaker the relevance to Radio Trader’s targeted audience, but there were still some gems on page two and three which attract relevant traffic.

Limiting the data to page one results

Looking only at the top 10 search results, our optimised page attracted traffic from 49 other keywords, the equivalent of 70% of all page one traffic. Most keywords in this group brought highly targeted visitors, for example: 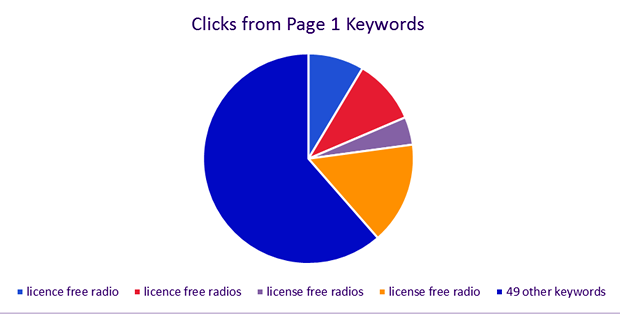 What can we learn from this keyword study?

We can draw several conclusions:

These long-tail phrases are notoriously difficult to predict and track individually, but it’s a useful exercise to download these queries from Google Search Console and analyse them, if only to have some idea what proportion of traffic they’re responsible for generating.

There’s an old SEO joke you may have heard: 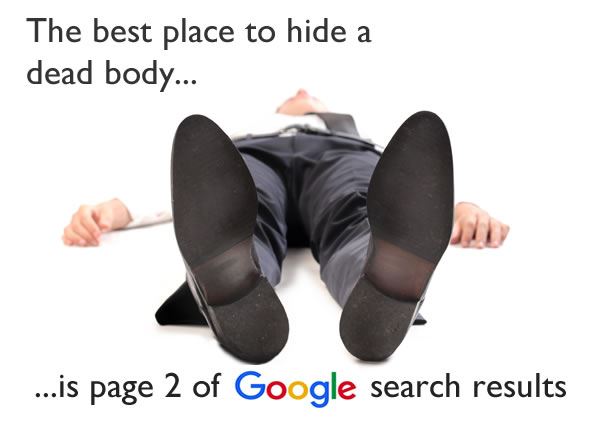 “The best place to hide a dead body is page 2 of Google's search results.”

As it turns out, now and then those bodies get right up and take a leisurely stroll onto page one. The moral here is: don’t ignore keywords that are showing up on page two: if they’re relevant, if they're targeting your customers, work on them, earn them more consistent visibility on page one.

We don’t expect customers to stop checking the rankings of their “golden” keywords anytime soon, but hopefully we can reassure them that the hundreds, or even thousands, of other keywords driving traffic are themselves a source of valuable treasure.

Image copyright - can you use that photo on your site?

Not sure what service you need?

Give us a call on 01935 434734 or email us at hello@kontrolit.net and one of our team members will be happy to help.
Alternatively, click on the button below to fill out a contact form and we will get back to you on your preferred contact method.